I truly think printing your pictures is so important that I decided to share one of my final project as an example.

The class was called ‘Alternatives Processes” and we were learning to use old processing like Cyanotype. Cyanotype is described by Wikipedia (http://en.wikipedia.org/wiki/Cyanotype) as a photographic printing process that gives a cyan-blue print. The process was popular in engineering circles well into the 20th century… A positive image can be produced by exposing it to a source of ultraviolet light (such as sunlight) through a contact negative. We were using the sun as developer just like it was in the 20th century. I thought that a good idea would be to use old pictures of my family that I would reprint as cyanotype. I didn’t have any old pictures with me here in Jacksonville as they all are in Switzerland. I called my aunt who was nice enough to accept to help me and started to scan pictures for me. Some of those pictures are more than 100 years old,  and I wouldn’t have any pictures of my family if they hadn’t printed their pictures all those years ago!!!

Please print your photographs for the generation to come! 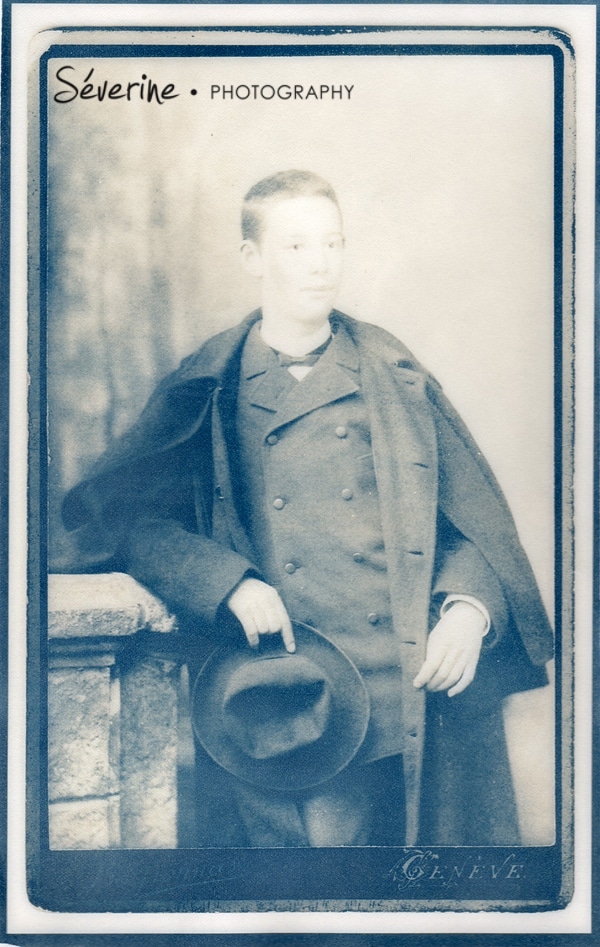 This is my great great uncle. 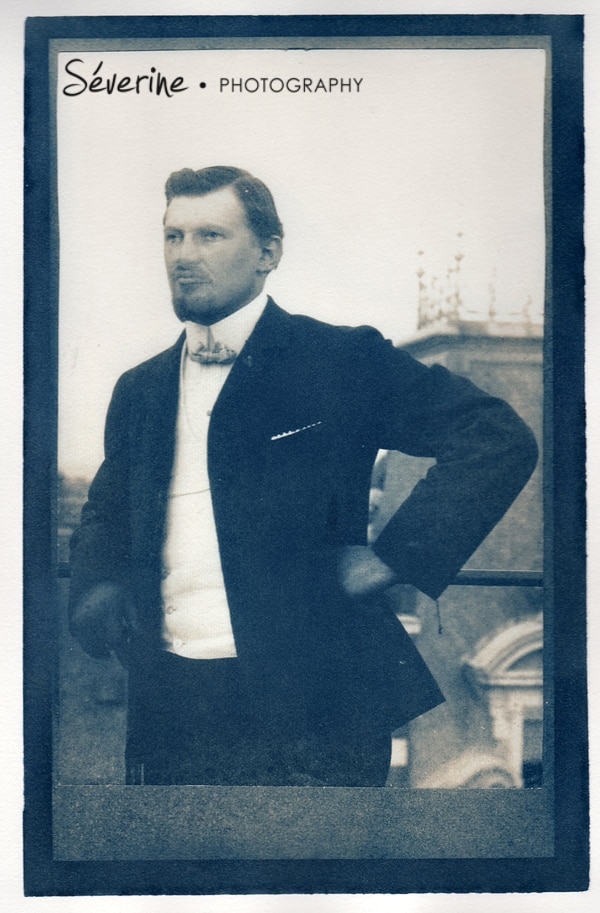 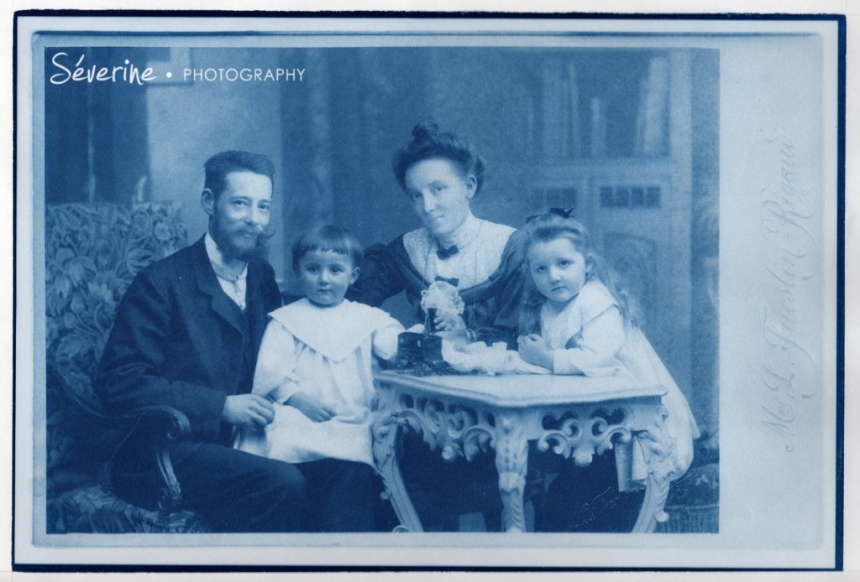 My Grand-Father when he was ready to serve during the second war.

It’s a picture of my great grand-father shop in Geneve, Switzerland.

This one is more recent as it is my father, aunt and uncle.